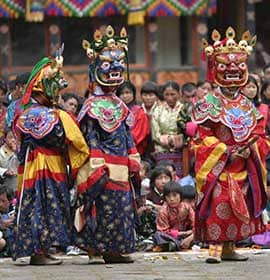 World famous conductor Benjamin Zander is overjoyed to be performing in Bhutan with his acclaimed BPYO orchestra in August 2015 in celebration of the Fourth King His Majesty Jigme Singye Wangchuck’s 60th birthday. Traveling exclusively to Bhutan, he will present gala performances of the orchestra in a most spectacular setting. In addition, there will be chamber ensembles and solos throughout Thimphu to share in the celebration of music with everyone in honor of His Majesty. Benjamin Zander is the conductor of the critically lauded Boston Philharmonic Youth Orchestra, which recently received rave reviews for its Carnegie Hall appearances and European tour, including the Concertgebouw in Amsterdam. He often appears as a guest conductor around the world. With London’s famed Philharmonia Orchestra he is recording the complete cycle of Mahler symphonies, recordings that have been received with extraordinary critical acclaim both for the performance along with Zander’s now famous full-length disc explaining the music for the lay listener. 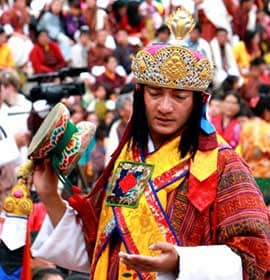 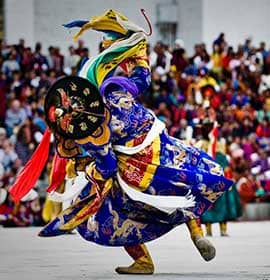 The festival is held in Wangduephodrang and is observed for three days in the autumn season. The Tshechu is well known for the Raksha Mangcham or the dance of the Ox. Many different kinds of mask dances are performed during the festival. It concludes with the unfurling of the Guru Tshengye Thongdrol.

2015 is yet another very exciting year for tourism in Bhutan with over 44 different festivals scheduled across Bhutan. Be a part of these festivals and experience Bhutan's rich culture, tradition and history. Tshechu is a religious festival meaning "tenth day" held annually in various temples, monasteries and dzongs throughout the country.

The Tshechu is a religious event celebrated on tenth day of a month of the lunar calendar corresponding to the birthday of Guru Rimpoche (Guru Padmasambhava). However the exact month of the Tshechu varies from place to place and temple to temple.
Tshechus are grand events where entire communities come together to witness religious mask dances, receive blessings and socialize. . In addition to the mask dances tshechus also include colorful Bhutanese dances and other forms of entertainment. It is believed that everyone must attend a Tshechu and witness the mask dances at least once to in order to receive blessings and wash away their sins. Every mask dance performed during a Tshechu has a special meaning or a story behind it and many are based on stories and incidents from as long ago as the 8th century, during the life of Guru Padmasambhava. In monasteries the mask dances are performed by monks and in remote villages they are performed jointly by monks and village men.
Two of the most popular Tshechus in the country are the Paro and Thimphu Tshechus in terms of participation and audience. Besides the locals many tourists from across the world are attracted to these unique, colorful and exciting displays of traditional culture.